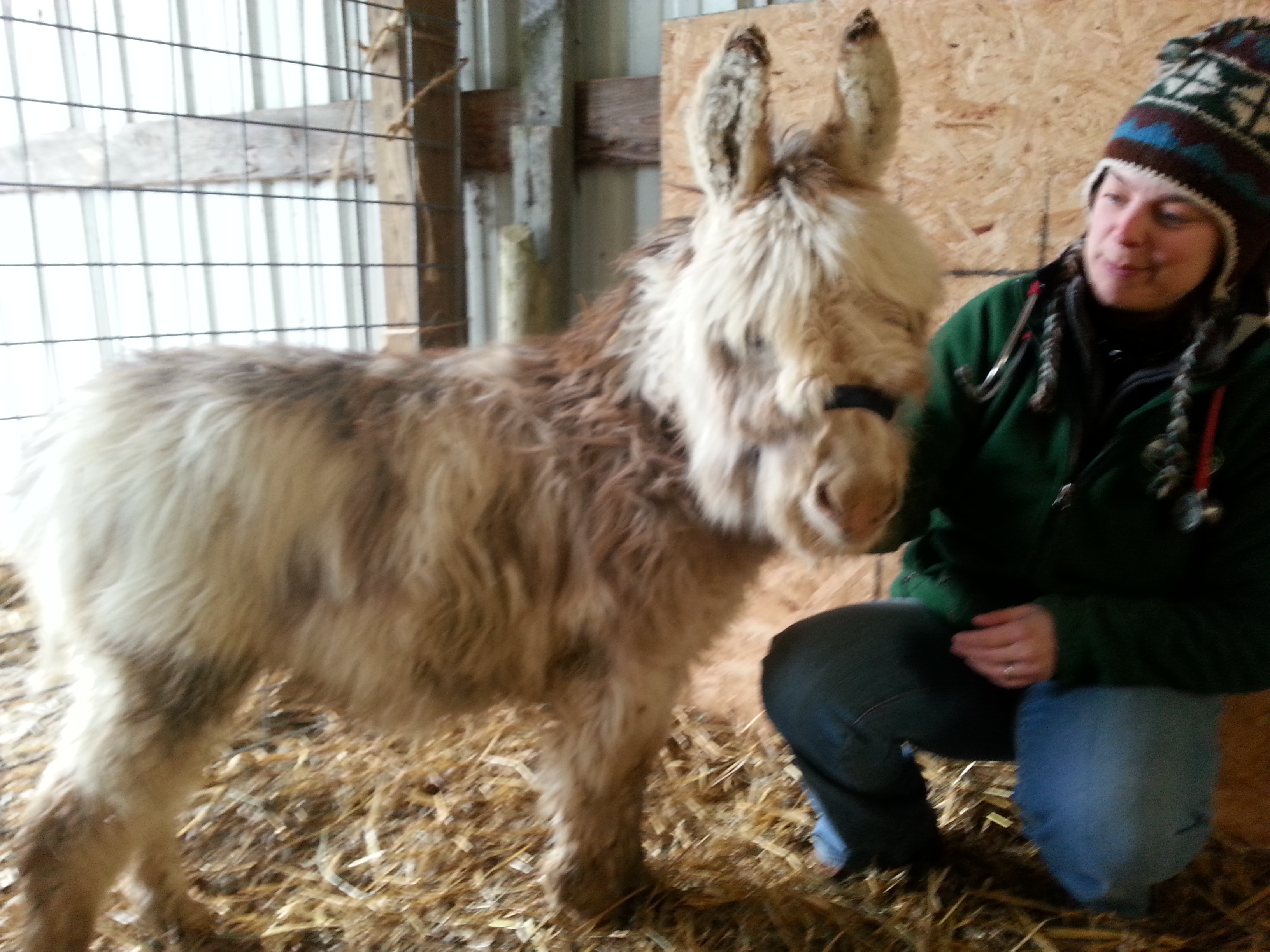 The practice of veterinary acupuncture is rooted in the tenets of Traditional Chinese Medicine and the principles of neuro-humoral responses as explained by modern Western Medicine. Acupuncture is most commonly used for relief of musculoskeletal and neurologic pain, reducing anxiety, and improving the function of damaged nerves. Electroacupuncture is a technique that transmits low levels of electricity into the tissues, and can be very useful for relief of chronic pain and for re-establishing the flow of impulses in nerves that have been damaged by trauma or infection. An example of how electroacupuncture can be helpful is Caddie Johnson.

Caddie Johnson is a donkey that had not gotten many breaks in his young life. He became ill when very young, requiring veterinary treatment. He seemed to recover, but his owners Dave and Barbara noticed an abnormality in his gait. At first, it seemed to come and go, and shift from one front leg to the other, which made finding the cause very difficult. He also seemed fatigued and listless. When Caddie started knuckling over in his fetlocks, it seemed that the problem was in his neck, and not in his legs. Ultimately, Caddie was diagnosed with an infection in his neck bones that was pressing on the nerves that ran down his front legs. This is a relatively rare and very serious condition that is very challenging to treat. The infection responded well to long term antibiotic use, and although Caddie was feeling much better overall, he was still knuckling on the front legs, especially the left front. He was given several months’ time to heal, but the nerves were still not working.

Anyone who knows donkeys will understand that it was with some trepidation that I approached placing needles in the legs of this yearling Jack, but with some reassurance to Caddie from his loved ones, we prevailed, and surprisingly, Caddie stood like a champ when the electrodes were attached and the current applied. If anything, he got a little sleepy. The plan was to repeat the treatment every 1-2 weeks and see how things went. After the first treatment, the Johnsons reported that Caddie’s gait was better and that he seemed to have more energy. The following two treatments were much more challenging than the first; Caddie was very rambunctious and unwilling to stand still. Despite his opinions on the matter, he did get treated, and after 3 treatments, Caddie was back to his old self, playing in his field and full of spunk.

How To Safely Refeed Malnourished Horses
Scroll to top