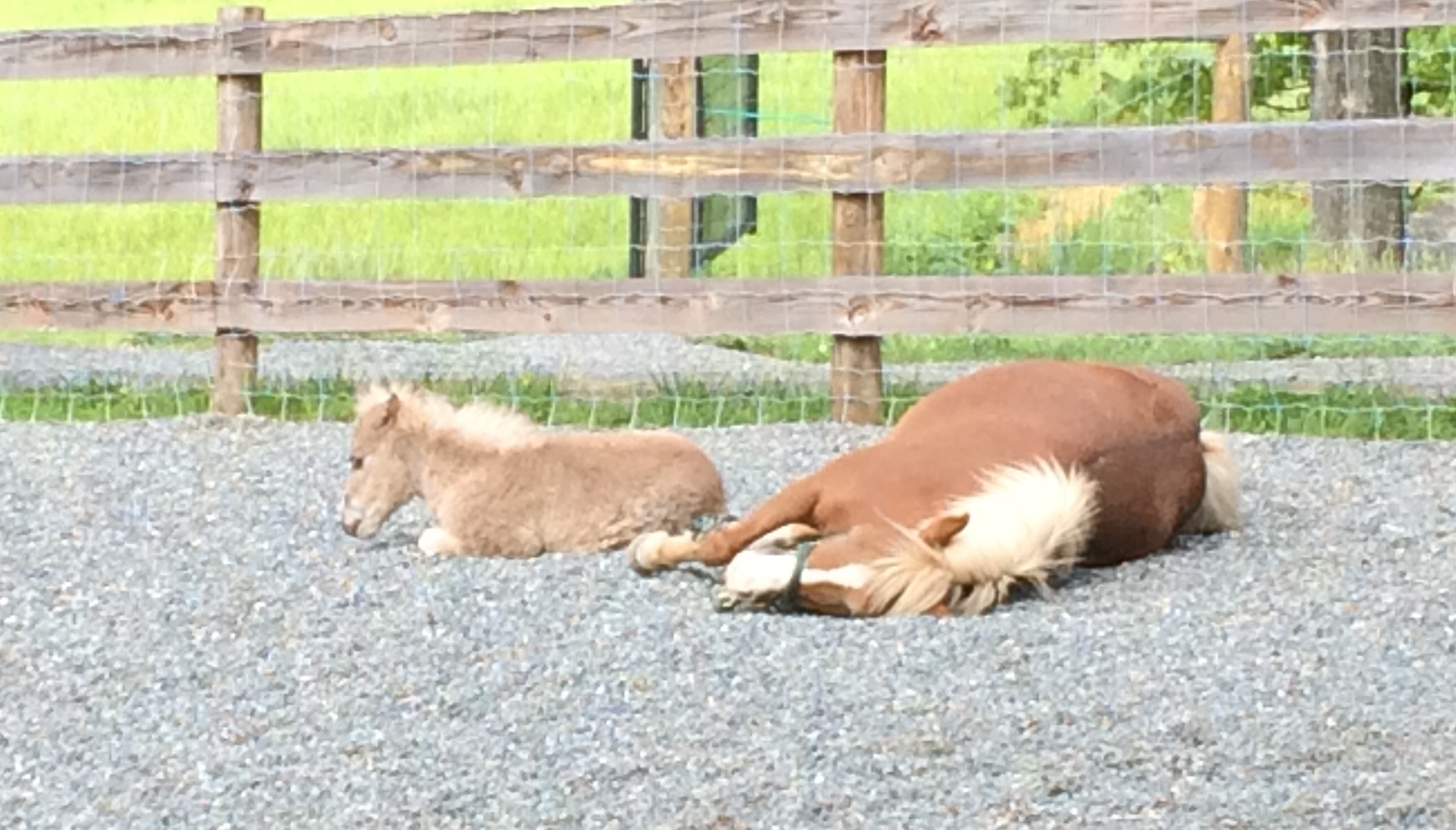 On an early morning in March, Susan Drillock went out to the barn, as she does every morning, to feed her horses. Included in her herd were Bandit and Bonnie, a pair of miniatures adopted from a neighbor. They had lived together for years with little interaction with people; although Bandit was halter broke, Bonnie was basically unhandled. In the months they had lived at the Drillocks, progress had been made to tame Bonnie, but it was a slow process. Susan readied their feed and water, opened their door, and gasped as she saw in the stall, not 2 minis, but 3, the third tiny and new, barely 25 pounds.

Because no one knew that Bonnie was pregnant, though, pre-natal precautions such as vaccinations and removal of fescue from her diet had not been taken. Susan called Dr. Jennifer LaPlume, who confirmed that the mare was not making milk and had not made colostrum, a situation which left her foal dehydrated, depleted of energy, and with nearly no immune defenses. The foal was getting steadily weaker as the day went on. Even though the foal was a surprise, and even though her parents were basically rescues, the Drillocks made a commitment to the foal, and brought her to Blue Ridge Equine Clinic for intensive care.

The foal was managed and treated in our hospital, under my supervision. She was placed on powerful antibiotics, and was given plasma for immune support , intravenous fluids, and dextrose for energy. A feeding tube was placed, as the foal was too weak to drink on her own. She had nursing care around the clock. Bonnie was given domperidone to stimulate milk production. Within days, the filly was vigorous and Bonnie was producing milk. They had never been totally separated from one another, and Bonnie was an excellent mom, so they were soon back together as if nothing had happened.

Days later, Bandit was gelded to prevent further surprises. Everyone is reportedly doing well. The filly is named Gigi Riser Swishy Tail, after Susan’s beloved Aunt Gigi, with whom she shares a birthday. Congratulations to the Drillocks on this beautiful foal; your horses are lucky to have you!

Does Your Horse Have Heaves?
Scroll to top