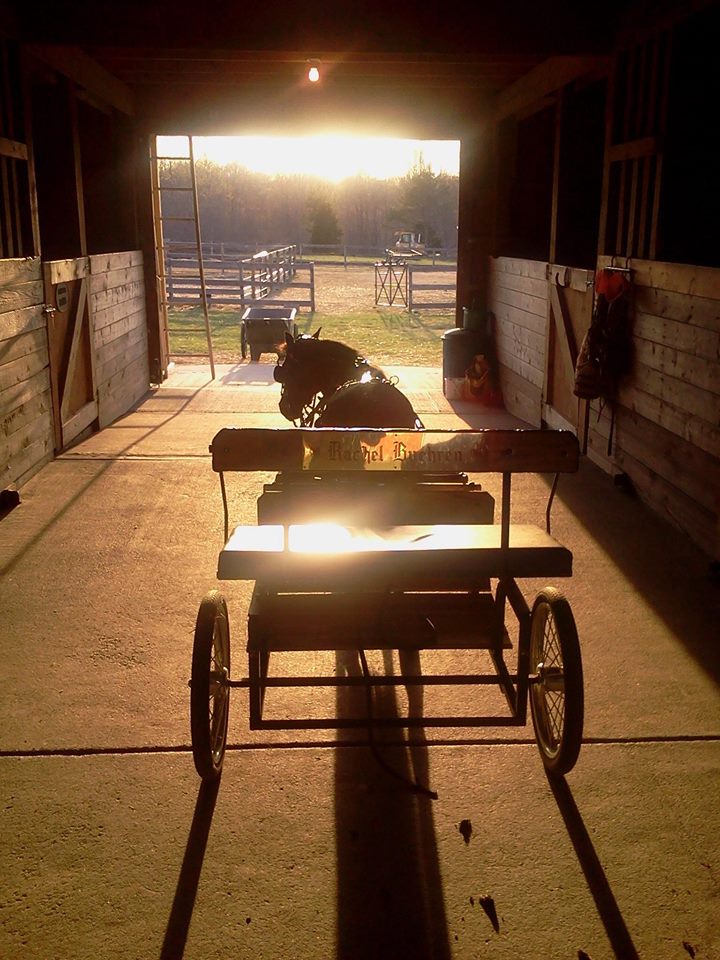 Broadmore is a sweet, jet black, miniature horse. On October 5th, 2010, he was referred into the hospital by David Ordel, the owner of the farm where Broadmore was boarded. He was a quiet, 7 year old gelding, who was showing signs of persistent colic. He was diagnosed with a large colon impaction colic. This problem generally has a good prognosis but the owner declined treatment.

As Broadmore was young and had an excellent chance to be saved with aggressive treatment, we asked the owner if they would donate Broadmore and they agreed. Mr. Ordel then agreed to find a home for him if we could resolve the impaction. Dr. Paul Stephens and his team treated him free of cost with high volume fluids and electrolytes and after 36 hours the impaction was cleared. Upon Broadmore’s discharge, Mr. Ordel said; “if you know of anyone that might want him, give them my number, I will take care of him in the meantime”. I immediately called the owners of the farm where my horse is boarded to see if they might be interested and they informed me that their neighbors were actually looking for a miniature horse. I called them up and gave them David’s number. They adopted him in November 2010; that winter, their daughter, Rachel, began to work with him, doing showmanship, obstacle, jumping and driving. 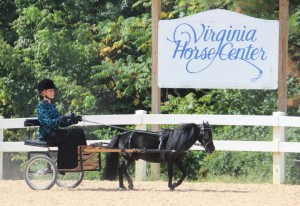 They went to their first show in the spring of 2011 and have been going non-stop since then. Rachel and Broadmore have shown at the World Class Miniature Horse Show, the Virginia Miniature Horse Club shows and the Varina Rising Stars 4-H horse shows. Broadmore has been her 4-H project horse for the past 3 years. In 2012, this unstoppable pair won the driving classics at the Virginia State 4-H horse show in Lexington, Virginia.

Together, they have numerous year end Championships and Reserve Championships. In the summer of 2013, Rachel researched Broadmore’s name and found his bloodlines, they were able to contact the breeder, who was really amazing. The breeder found Broadmore’s original papers and mailed them to Rachel with transfer papers. Turns out, his registered name is Silver Plates Baccarra Broadmoor.

In January 2014, the pair, along with Rachel’s 4-H club, the Silver Stirrups 4-H club, had the honor of participating in the inaugural parade for Governor-elect Terry McAuliffe, to represent the Virginia Cooperative Extension 4-H Youth Development Program and the equine industry in Virginia, which also made the front page of the local newspaper.

Rachel continues to train and show Broadmore, along with her two other miniature horse additions. It feels great to have been a part of this little guy’s life and I am excited to see what else he and Rachel have to show us in the future.